What Does It Mean to Have “Normal” Hearing? 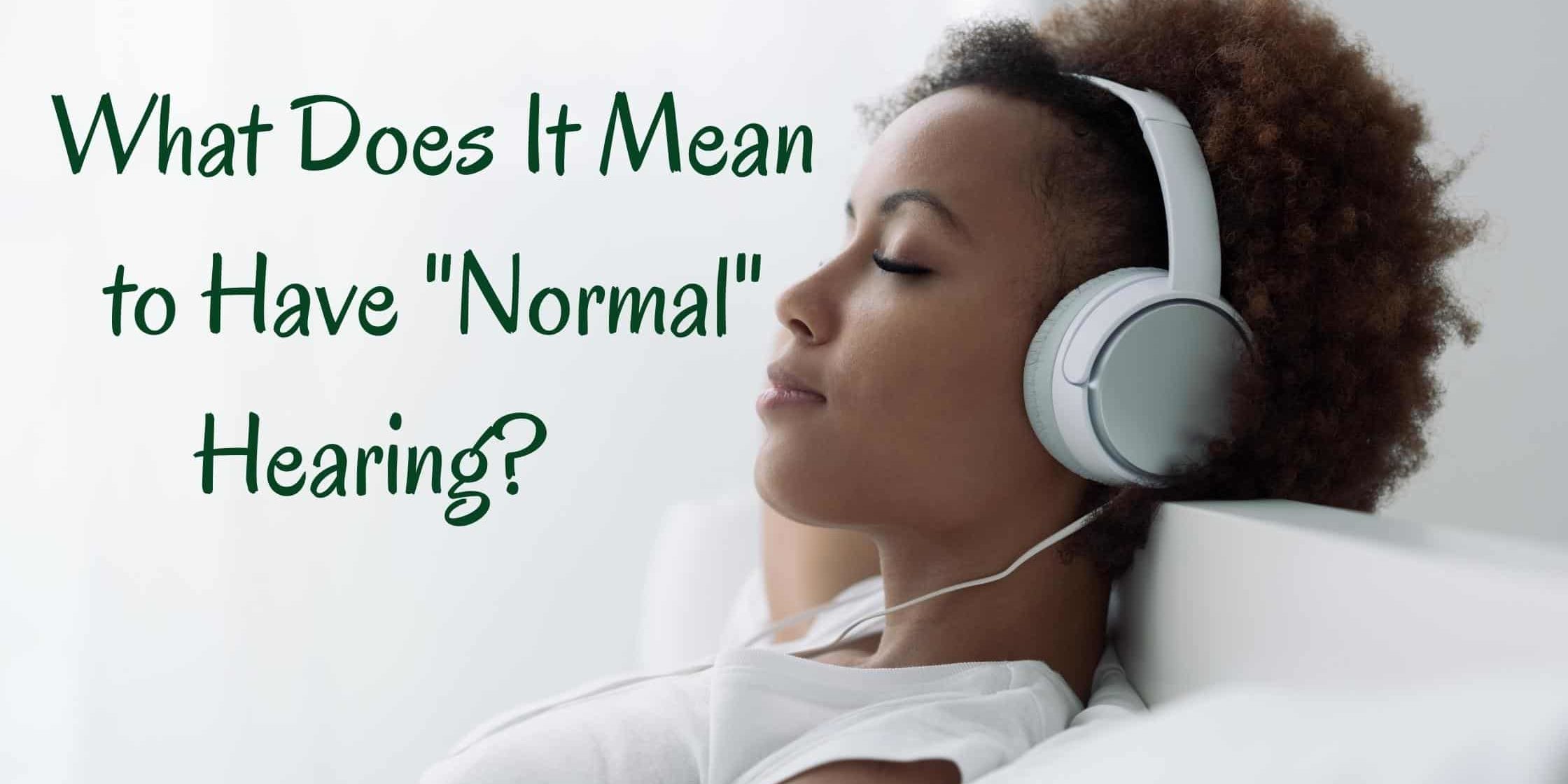 We all want to feel normal for our physical health indicators, whether it is our blood pressure, our cholesterol levels, or our weight.  This need extends to our hearing too. Hearing loss is described as the absence of normal hearing. But what exactly does that mean?

To understand what ‘normal’ means in the hearing context, we need to understand the “audiometric zero” – the amount of a given frequency minimally audible by a person with normal hearing.

The audiometric zero came about when researchers surveyed thousands of people at the 1933 World’s Fair, then averaged the lowest level participants could hear at specific frequencies. The result became a standard for defining “normal hearing” and “hearing loss,” and a standardized formula for determining whether a person has hearing loss was developed.

The ‘normal’ hearing range is 0 dBHL to 20 dBHL (Decibel Hearing Level). Hearing loss is defined as any threshold that exceeds 20 dBHL at any frequency. When it comes to loudness, any sound over 85dB is considered harmful to our ears.

What types of hearing loss are there?

Now that you know what constitutes normal hearing let’s take a look at the various levels of hearing loss.

How do I know if my hearing is normal?

Most people will tell you that they have normal hearing, but the statistics say otherwise.

According to the Hearing Loss Association of America, hearing loss affects 20 percent of all Americans or 48 million people.

And let’s assume the hearing loss is undiagnosed and untreated. In that case, one out of every five people in the United States could have a degree of hearing loss. Consequently, the odds that you know someone who has hearing loss or that you have hearing loss are sadly very high.

Why is it so challenging to diagnose hearing loss?

Hearing isn’t the same as seeing. When your eyes fail you, it’s obvious. Early hearing loss, on the other hand, is much more challenging to identify. A common reason for this is that hearing loss is gradual. You may be compensating for it without even realizing it.

Hidden Hearing Loss may be the culprit. Until about ten years ago, audiologists believed that everyone who passed a hearing test had normal hearing and no issues. They often used a test in which the audiologist plays sounds of different frequencies. Unfortunately, it’s been discovered in the last decade that a person’s hearing may be impaired and still pass this ‘pure tone’ test. This means that the patient’s hidden hearing loss does not show up on test results. The person passes the test but will most likely continue to have hearing loss for a long time.

Unfortunately, the only way to diagnose hidden hearing loss is to conduct routine tests that include speech-in-noise monitoring. If you think you might have a hidden hearing loss, come and chat with us. We can run the most comprehensive tests to clearly determine whether you have a hearing loss. Contact us today to set up an appointment!

Can Exposure to Certain Chemicals Cause Hearing Loss?
July 19, 2022
Go to Top