A Link between Tinnitus, Anxiety, and Sleep Issues 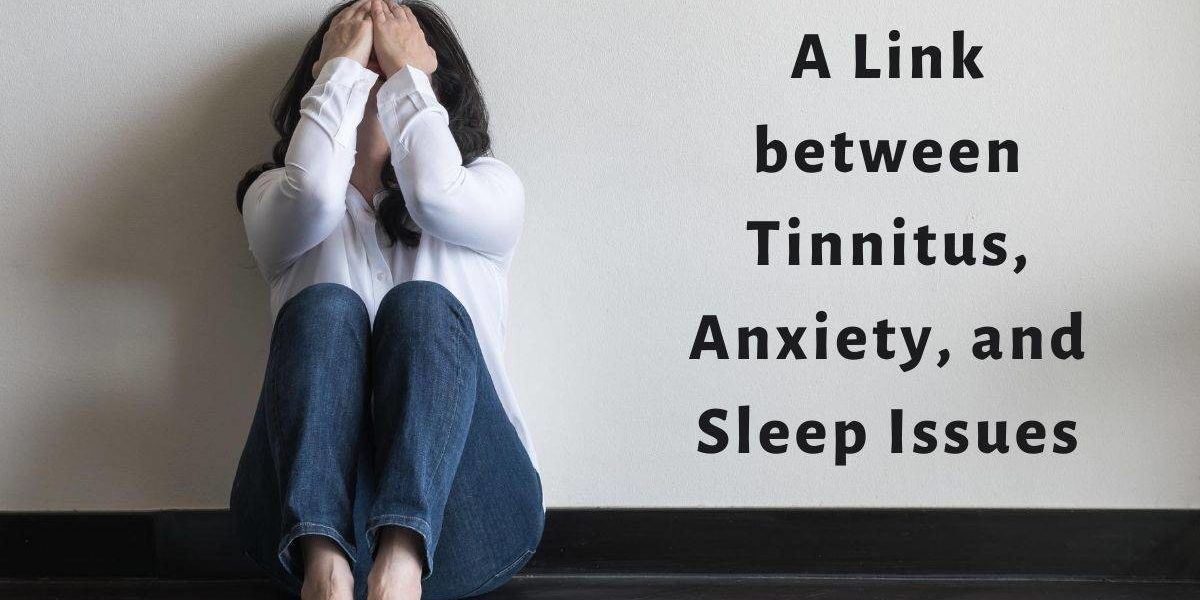 Tinnitus is where you can hear distracting and repetitive ringing, humming, or clicking in your ears. For many, this is a high pitched ringing. Tinnitus can sound as loud as a chainsaw to others, and come and go for no apparent reason. Others still report a loud, rhythmic sound.

Tinnitus can make a person feel very lonely and isolated, especially when surrounded by people who do not understand how unsettling it can be. When you get your tinnitus, it’s important to remember that you’re not alone. About 50 million of us suffer from the condition, and it is the most commonly reported injury to soldiers returning from combat.

How can tinnitus trigger anxiety?

The reality is that researchers are not entirely sure how anxiety triggers tinnitus, but they know that many people with anxiety can get tinnitus.

Anxiety activates the fight or flight system, which puts a lot of pressure on nerves, and increases blood flow, body heat, and more. This pressure and stress are very likely to travel up into your inner ear and lead to the tinnitus experience.

But most of these episodes are short-lived. It pops up at the height of an anxiety attack and then goes away quickly. That doesn’t explain why so many people suffer long-term tinnitus. Experts firmly agree that fear is not likely to cause tinnitus. Instead, anxiety can trigger a mentality that makes us more likely to develop tinnitus.

How can tinnitus provoke sleep problems?

Seth Martin is well aware of losing sleep due to tinnitus. Speaking to the Joplin Globe, he explains how he used to fire mortars for the military. Here he is describing how loud those sounds were:

“The best way I can explain it is when you see some of those videos of someone shooting a 1-pound tannerite cylinder, but it’s going off right into your ear. It’s barking out a huge 6-foot flame.”

Martin said while shooting mortars on the practice range, he was given hearing protection, but the protection was often inadequate.

The earplugs he and other soldiers were given became the target of a complaint against the manufacturer, 3 M. In 2018, 3M consented to a $9.1 million settlement to settle a lawsuit alleging that the company was aware that they sold defective earplugs to the US military.

Martin has said that his tinnitus impacts his whole life. He has to sleep with a fan running because the background noise seems to diminish the ringing.

“And if it’s too cold for my fan, I’m just going to put something I’ve watched before on Netflix and put it on really quiet so I can hardly hear it,” said Martin.

What to do to relieve tinnitus?

There are a lot of things that you can do to relieve tinnitus. Here are just a few:

If you are looking for a solution to tinnitus, we can help. We have personalized care and professional professionals that can help you find relief. From the latest in tinnitus treatments for hearing aids to the best lifestyle approaches that you can try at home, we stop at nothing to help you live your life again.

Hearing Aids were a Pioneer in Electronics Miniaturization
July 26, 2020

Building Connections | May is Better Hearing and Speech Month
July 26, 2020

Supporting a Loved One with Hearing Loss
July 26, 2020
Go to Top