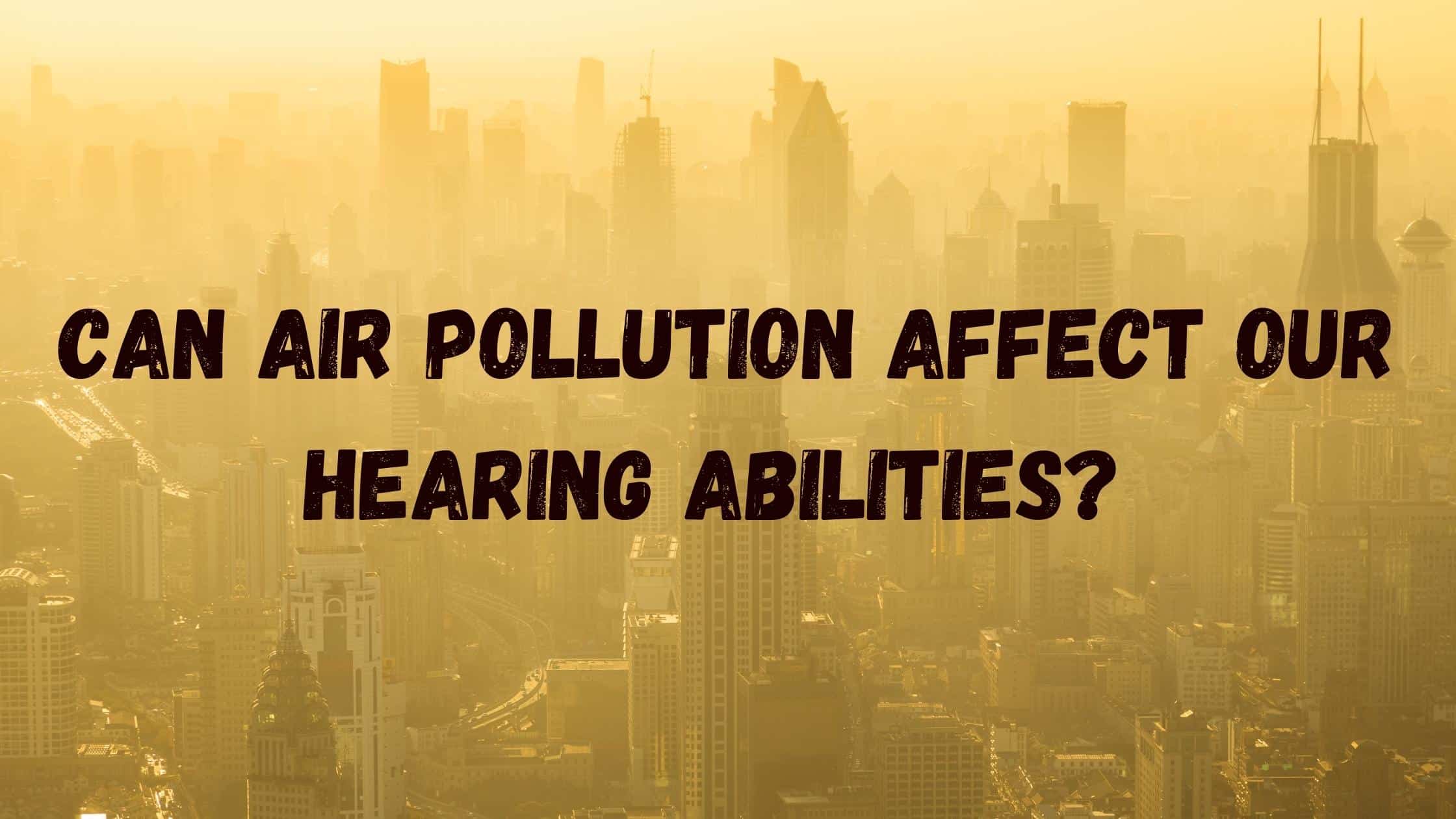 You probably think of aging, loud music, ear damage, viral infections, meningitis, and acoustic tumors when you think of hearing loss causes. Some causes of hearing loss, on the other hand, can surprise you. More recently, evidence of a connection between hearing loss and air pollution has been growing.

A new study in Taiwan, published in the International Journal of Environmental Research and Public Health, studied the impact of air pollution on populations. The researchers used 74 environmental monitoring stations in Taiwan to measure carbon monoxide and nitrogen dioxide in the air annually. Using this, they were able to figure out which areas of Taiwan had extreme, moderate, or low air pollution levels.

The researchers then compared these findings to a 20-year national health survey of over 75,500 people to see whether hearing loss was due to air pollution.

Hearing damage was 1.63 times more common in those exposed to high levels of nitrogen dioxide air pollution than those exposed to low pollution levels. Hearing loss rates were almost identical in high carbon monoxide areas, with people living in these areas having a 1.45 higher risk of hearing loss.

While this is the most recent study to connect hearing loss to air pollution, it is far from the first. Laurence Fechter, a Johns Hopkins School of Public Health researcher, discovered in 1987 that laboratory animals exposed to both carbon monoxide and noise lost their hearing faster than animals exposed to noise alone.

Is there a connection between hearing loss and air pollution?

More research is needed into how air pollution affects hearing. For now, researchers speculate that chemicals in the air could damage the hair cells in your inner ear. These fragile cells are incredibly vulnerable to harm and oxygen deprivation, and contaminants in the air will deprive the cells of the oxygen they need to function correctly.

This claim was put forward in the 1987 study mentioned earlier. Fechter (rather unethically, by today’s standards) subjected rats to hours of carbon monoxide and random noise together, carbon monoxide alone, and noise alone to assess the effect of both chemicals and loud noise. The animals who were exposed to both noise and carbon monoxide suffered the most damage to their ears. Carbon monoxide, according to Fechter, decreases the amount of oxygen reaching the hair cells in the ears, the cells responsible for converting sound waves into electrical signals sent to the brain.

Another incentive to strive for cleaner air

Air pollution is one of the most severe environmental issues that have a global impact on public health. The combustion of fossil fuels, which are used to produce electricity, heat houses, and, most notably, power vehicle transportation, is the primary source of air pollution.

An analysis of the harmful health effects of air pollution was published in early 2019. It found that air pollution has the potential to damage almost every cell in the body. The health effects are so severe that the World Health Organization has declared it a public health emergency, citing that more than 90% of the world’s population breathes toxic outdoor air, which causes 8.8 million early deaths a year.

As you can see, hearing loss can come from a multitude of sources, but the fact remains that it more often comes from more mundane factors like excessive noise, and the aging process itself. If you have noticed changes to your hearing, come and see us for a hearing test.

Do You Recognize the Signs of Hearing Loss?
November 11, 2022

Identifying the Signs of Hearing Loss
August 24, 2022
Go to Top