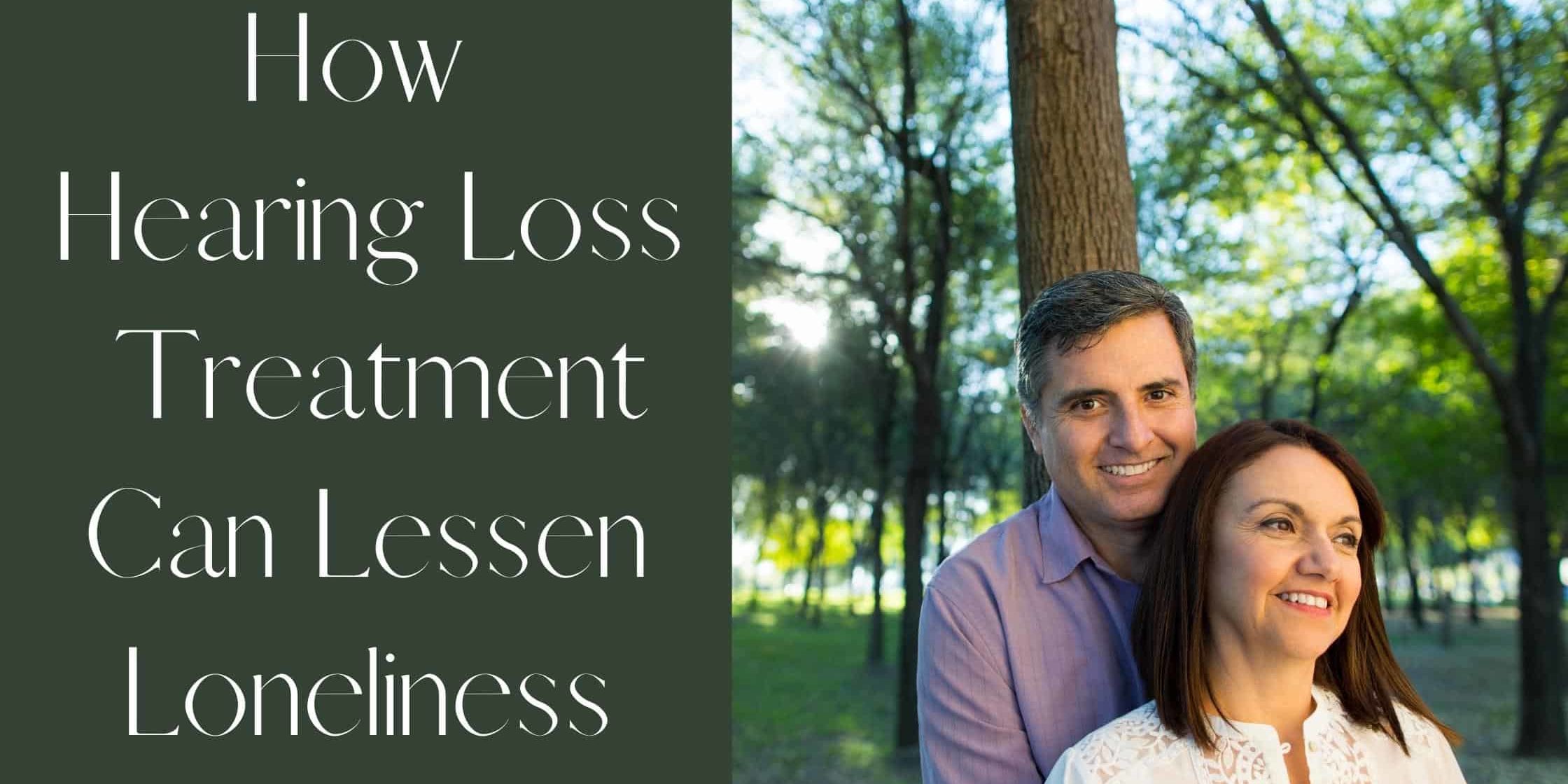 Hearing loss takes a toll on your relationships; there’s no doubt about it. In talks, you’ve been straining to hear and feel like you can’t connect with those you love. But far from being an isolated incident, the problem may be more significant than you think. Did you know that hearing loss can eventually make you lonely?

Congressional hearings in 2017 called loneliness in America an epidemic. It is a growing phenomenon associated with a “reduction in lifespan similar to that caused by smoking 15 cigarettes a day,” according to the former Surgeon General of the United States.

Two in five Americans find that they sometimes or always feel their social relationships are not meaningful, according to an article published in the Human Resources and Services Administration (HRSA). Additionally, one in five of the adults surveyed reported feeling socially alienated or lonely.

The worrying thing is that these studies we conducted well before the pandemic we witnessed in 2020. It is probably fair to say that Americans feel much more isolated today since the pandemic. The ways we communicate with the people have been severely limited as a result.

A 2016 study at the University of British Columbia, Canada, looked at the effect of hearing loss on seniors between the ages of 60 and 69 and found that the probability of social isolation increased by a whopping 52 percent for every 10-decibel decrease in hearing capacity. This social isolation has been shown to have similar impacts on mortality rates as smoking and alcohol intake, according to Paul Mick, a researcher at the University of British Columbia, so it’s not anything to be taken lightly.

Social isolation can lead to a variety of adverse health effects when you have untreated hearing loss. You will begin to experience higher stress levels and anxiety, and coping with depression is typical for those who feel alone. You’re going to be less involved, leave your house less often, and lose precious social relationships.

Many times, those with untreated hearing loss experience frustration and irritation when engaged in conversations. If left untreated, this may have adverse effects on a person’s interpersonal relationships. The most active people may also find themselves less involved in social activities, engaging with friends and family, and more vulnerable to social isolation because of stress and anxiety. Hearing loss has also been related to depression as a result.

The cornerstone of any good relationship is communication. Contact in a marriage or relationship could be impeded later in life, with one in three older Americans suffering from hearing loss. Of the 27 million U.S. adults with hearing loss, the number one cited relationship that suffered was the one with their intimate partner (35%), accompanied by relatives, family members, and colleagues. A survey conducted in May 2015 found.

How hearing loss treatment can help

The good news is that hearing loss is a treatable source of isolation. And that makes sense. Many individuals with hearing loss withdraw from discussions and ultimately disappear into a shell to escape the social pressure and embarrassment of being unable to hear.

But it doesn’t need to be like this. Modern hearing aids can help you understand others better than ever before. They are meant to be inconspicuous, fit in or behind your ear, and reconnect you to the world around you.

The right hearing aids, adequately fitted by a hearing professional, can do wonders for your ability to understand others in public places if you have hearing loss. You’ll be able to join and contribute to conversations and be able to catch up with your friends without feeling left out. You’ll enjoy going to your friends’ social events and reconnecting with them. You’ll be able to share all those special moments that make life worth living.

Loneliness and mental health are hot topics as we enter 2021. Why not make better hearing your new year’s resolution and reconnect with the people who are most important to you? Contact us today to set up a consultation.

Can Exposure to Certain Chemicals Cause Hearing Loss?
July 19, 2022
Go to Top