May is Better Speech and Hearing Month! 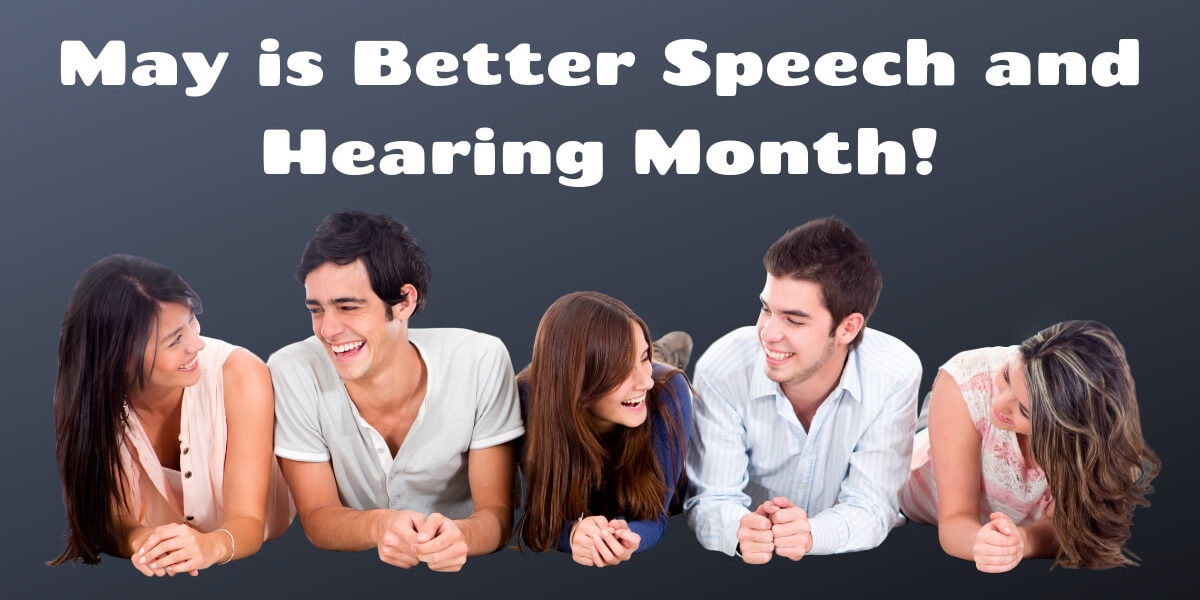 The American Speech-Language-Hearing Association has designated May as Better Hearing and Speech Month and this year’s theme is “Communication Across the Lifespan.” At Swift Audiology, we celebrate the sounds of life year-round by helping you enjoy the sounds around you. It is important to recognize hearing loss, in adults and infants, because early treatment and intervention can deter the serious impacts of untreated hearing loss.

It is fairly routine now for newborns to get their hearing tested, but many of those infants who are tabbed as having potential hearing problems are not getting the proper follow-up care. The case is not the same for adults, however.  Only one in seven, that’s 14%, of adults over the age of 50 with hearing loss get and use a hearing aid.

In children, hearing loss restricts their exposure to language and they fail to develop good communication skills and awareness. This dooms them to a life of trying to catch up to their peers in terms of academic and social development. It has a potential cascading affect on mental and physical health as well as career choice and advancement.

Untreated hearing loss in adults can lead to hypertension, sleeping disorders, diabetes, propensity for falls, depression and early on-set dementia. It can fracture relationships and one study in England showed untreated hearing loss impacted a hearing partner so much in many cases it resulted in divorce.
A well-publicized blog by a woman in America who documented the affects of her husband’s untreated hearing loss chronicled the deterioration in their relationship. She wrote it became so difficult to communicate their conversations degenerated into a shouted series of nouns like “dinner?” “television?” “bedtime?” She said he struggled at restaurants because of the background noise and one of their favorite past times, trying new restaurants, was discontinued. They went to parties separately because it was so fatiguing for him to try and follow a conversation, he would just leave early.

In children, some signs of hearing loss include: lack of attention to sound and noise, doesn’t respond when name is called, can’t follow simple directions, has delay in speech and language development, pulls, scratches or digs in ears, has poor academic development and lacks social interaction skills.
In adults the signs of hearing loss include: buzzing or ringing in the ears, failure to respond to spoken words, muffled hearing, failure to follow a conversation or respond appropriately, social isolation and depression.

The new hearing devices offer many features that can improve your hearing and your life. The newer models fit directly into the ear and are not readily visible. Even the over the ear or behind the ear models are sleek and modern looking, and many could be mistaken for a Bluetooth phone device. And, speaking of phones, they can be adjusted using an app on your phone, they can directly stream phone calls, sound from your television and sound from your computer or iPad.

At Swift Audiology, we are well versed in the technological advancements in the audiology field. We pride ourselves on maintaining on-going professional care and support to all of our clients in the Greater Western Pennsylvania area. You can try out your hearing devices and make sure they are exactly what you wanted. The newer models are also digital and just need to be put on a charger – no tiny batteries to be changed or lost!

Visit Us at Swift Audiology

It’s a wonderful world of sound out there and you don’t want to miss a thing.  Why should you miss the sounds of your grandchild’s recital or a whispered “I love you” from your partner? Call Swift Audiology today and schedule a hearing evaluation.