Things Your Ears Reveal About Your Health 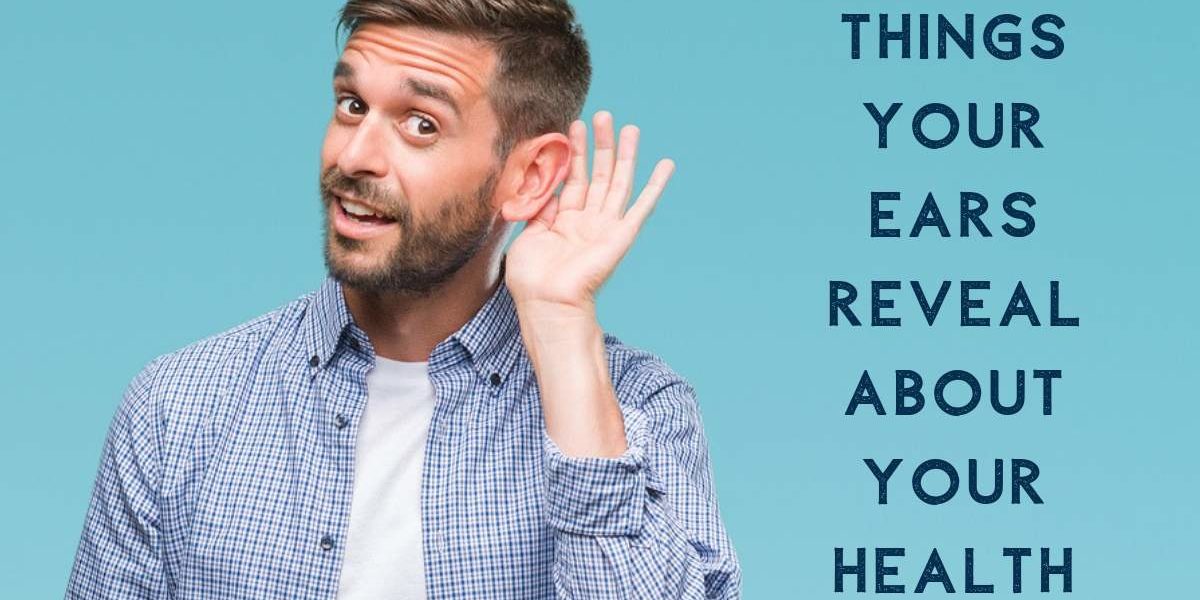 While Swift Audiology, we can test your hearing and let you know if you have hearing issues there are some other things your ears – both inside and out – can tell you.  As you get older, you should “listen” to what your body is telling you. If you have aches and pains, get checked for arthritis. If the television seems a little fuzzy, get those eyes checked. And, if your hearing is odd or muffled or friends tell you that you are asking them to repeat themselves, call Swift Audiology and get that hearing tested.

Here are some things your ears might be telling you about your overall health.

Creases in Your Earlobes

Some things seem to get more wrinkled as we age, but a crease or wrinkle in your earlobe is a little more problematic. A diagonal crease in the middle of your earlobe is called Frank’s sign, and studies show that it can be a sign of coronary artery disease. The theory from researchers is that the crease may be due to a breakdown of elastic tissue around the blood vessels in the ear as well as around the heart.

However, Dr. Nina Shapiro, a professor of Neck and Head Surgery at UCLA says don’t panic. “It’s just one marker,” she says. “and it should simply encourage one to incorporate healthy habits, see one’s doctor for regular checkups, and be vigilant for any potential signs and symptoms of cardiac issues – shortness of breath, pain and exercise intolerance.”

Hearing loss can affect more than just your hearing. A number of studies link hearing loss to both cognitive decline, memory loss and focus and dementia. Johns Hopkins researchers have found the people with moderate hearing loss had three times the risk of developing dementia compared to people without hearing loss. While the exact cause is still being studied, scientists theorize this is due to the brain working overtime while straining to hear, an atrophying of certain parts of the brain or the effects of social isolation due to hearing loss.

Hearing Loss in One Ear

Hearing loss in one ear can be due to anything from trauma or infection to a buildup of fluid in the inner ear. But in rare cases, it could be a tumor. Ninety percent of patients who have acoustic neuromas, a benign growth on the nerve of the inner ear, have one-sided hearing loss and 80% have ringing in one ear.

If your ear or ears itch and you just can’t seem to stop scratching them, you may have eczema or a fungus in your ears. If it’s eczema, that will be white flakey skin in the ear canal and sometimes it makes the outer ear very red. If it’s a fungus, there will be a buildup of a thicker, white material. Either way, don’t ignore it and get it checked by a doctor.

If the ache is in the middle part of your ear it could be due to allergies or a cold. If it’s in the outer ear, sometimes called swimmer’s ear, it could be an infection due to water or even impacted earwax.  But it could also be due to an issue somewhere else. Sometimes called “referred pain” it could be from a toothache or an ache in the jaw join under your ears, cellulitis from an infected piercing, a tumor or even a sore throat.

Earwax of this consistency may mean you are at risk developing breast cancer. Yes, really. Japanese researchers have isolated a gene they call ABCC11 and a mutation of this gene can mean you are at an increased risk for breast cancer. The gene also causes the change in earwax consistency. It doesn’t mean you will develop breast cancer, but it is something you should be mindful of if you have personal risk factors and a family history. In general, however, earwax is a good thing. It helps keep particles and bacterial out of the external ear canal.

Numerous studies indicate that structural abnormalities of the ear or the presence of skin tags, small fleshy skin growths, on the ear at birth can be a sign of potential kidney problems. If newborns exhibit any of these markers, pediatricians are likely to request an ultrasound or other kidney tests.

Get a Hearing Test

If you are worried about your ears and your hearing, call Swift Audiology and schedule a hearing evaluation and consultation. We provide comprehensive hearing health services and are here to help!

October is Protect Your Hearing Month
May 23, 2019

Watch Out for Dangerous Decibels in Exercise Classes
May 23, 2019

Exposure to Loud Noise During a Work Shift Can Harm Your Hearing
May 23, 2019
Go to Top