From SFGATE….Drew Magary does not like what is going on in DC 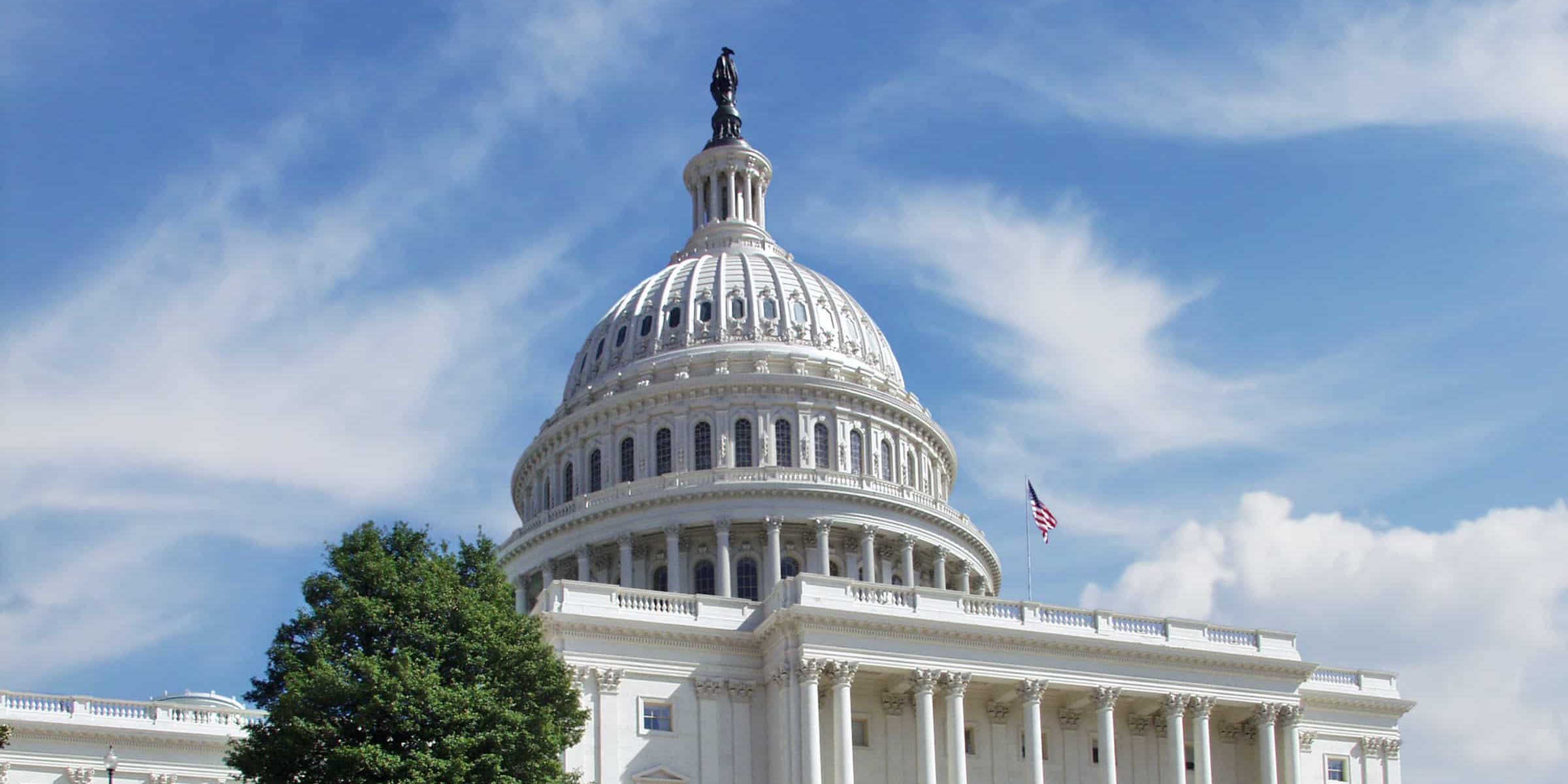 Editor’s note: On Oct. 28, President Joe Biden announced that the Build Back Better Act, which will need to pass Congress to take effect, will include an expansion of Medicare to cover hearing benefits.

I am a unicorn of hearing loss. I lost over 50% of my hearing three years ago thanks to a very sudden and very rude brain hemorrhage. But then, in what counts as a miracle within our health care system, my insurer paid for new hearing aids. And then — and this is the really wild part — I actually WORE them.

Neither of these occurrences is common. Most insurers, including Medicare, don’t cover the cost of hearing aids, despite the fact that they require a prescription and despite the fact that they retail for as much as $4,000 to $5,000 a pair. And even when the hearing impaired do get hearing aids, many of them don’t actually  use them. So I’m the rare breed in that I was gifted a chance to correct my hearing loss and then took advantage of it.

The FDA, feeling generous these days, is endeavoring to make people like me the rule rather than the exception. And here’s where s—t gets dicey.

Last week, the agency moved to make over-the-counter hearing aids available to all Americans without a prescription or a hearing exam. This is the end result of a bill that Congress passed four years ago to help make hearing aids more affordable and available to the approximately 40 million Americans who have hearing loss. On the surface, this all scans as good news. Take hearing aids out of the American health care labyrinth and make them a straight-up consumer product, and you cut out a lot of expensive, needless horses—t.

From the  Washington Post: “The FDA said on Tuesday that its new rule aims to spark innovation and increase competition by lowering barriers for new companies to enter the market.”

You and I have already experienced the supposed advantages of commodifying vital services, including the American government itself. So, to my great irritation, this FDA ruling sounds (no pun intended) less like an administrative breakthrough and more like a chance for some Travis Kalanick clone to swoop in and reinvent the hearing aid by selling you one that costs $200 and sounds like absolute garbage.

What’s more, and I can tell you this firsthand, the idea that a prescription for your hearing loss and a hearing exam are pesky middlemen in the process is bats—t insane. Would you get glasses without an eye exam? Would you get them without a prescription that doesn’t have a specified base curve, among other vital elements? Or would you just grab any glasses you see out of the toilet and find them hunky dory? Would you enjoy that streamlined process?

No two hearing loss patterns are alike. They can often differ between your own two ears. I had to go to an audiologist to understand this firsthand. He had to test my left ear to properly measure which frequencies I had lost (my right ear had gone completely deaf), and then he had to program the hearing aid to compensate for those losses. This is a vital step in the process because it’s what allows your hearing aids to, you know, work. Audiologists know this better than anyone, which is why they have  pushed back against the ruling:

“A lot of folks don’t realize that hearing losses vary greatly, so when you work with a hearing healthcare provider, they are prescriptively fitting devices. That really wouldn’t be the case with over the counter,” said Regina Driver, an audiologist at Blue Ridge Hearing Center, to  WHSV Fox.

Obviously, audiologists have an ulterior motive in expressing their concern here, given that the FDA’s ruling potentially threatens their livelihood. And you’ve probably seen enough Miracle Ear ads while watching “The Price Is Right” to believe that the whole hearing aid industry is something of a marketing scam. But Driver is right. You need a hearing aid that fits your ear (I had to cycle through a few different earmolds in my own aid to find one that sat inside my ear canal comfortably), and one that “fits” your hearing loss. You’re not gonna get one of those by plucking it off the shelf at a Walgreens.

And while I’m heartened by the idea that companies like Bose and even  Apple — two companies that make undeniably good products — are poised to take advantage of this ruling, I don’t have a ton of confidence that they’ll be able to magically streamline a process that needs to be so thorough and, frankly, human. When I got fitted for a hearing aid for the first time and my audiologist turned it on, it was a revelation. In an instant, I got back something I had lost. I wanted to cry, I was so overwhelmed. But I wouldn’t have experienced such rapture if my aids hadn’t been tailored to my needs.

So I’d like the hearing aid industry Warby-ified, but there’s more to doing that successfully than just being like THE CORPORATIONS WILL INNOVATE FOR US. So lemme lay out some of that groundwork right now:

1. Understand the scope of the problem. Again, over 40 million people in the United States suffer from hearing loss. Not all of those people are elderly, and the consequences of that hearing loss go well beyond your old man asking you to repeat yourself three times at the dinner table. The loss is pronounced.

When I lost my hearing, it wasn’t merely annoying. It was devastating. Loud ruckuses attacked my psyche. I couldn’t discern which of my kids was speaking when they talked over one another. I couldn’t go to large gatherings or eat in particularly noisy restaurants. You just spent a couple of years as an involuntary shut-in thanks to the pandemic, so you can probably empathize a little. Hearing loss can lead to depression, isolation, and anger. I lived through all three of those things. This isn’t merely a nuisance. This is an epidemic all its own.

2. Take the stigma away from hearing aids. Even old people won’t wear hearing aids because they don’t wanna be seen as people who wear hearing aids. No such stigma exists with vision loss, unless you live in the year 1982 and “four eyes” still counts as a vicious burn in your third grade homeroom class. Glasses are normal. Hearing aids, which are often designed to be as discreet as a pair of contact lenses, remain a curiosity at best and an object of ridicule at worst.

When I told the internet that I wore a hearing aid on my left ear (my right ear, fully deafened, has been reanimated thanks to a cochlear implant), a reader named Sam sent me the following email:

“I’m a 30-year-old guy who has been wearing two hearing aids since my early 20s. I’ve gotten quite a bit of ribbing from friends and acquaintances about my hearing for years.”

Sam didn’t deserve this joking-but-not-joking treatment from people he cares about. No one does, and yet it’s not atypical. This is because representation for the hearing impaired — not the fully deaf, but the hearing impaired — is almost nonexistent. As far as I can tell, there’s exactly one famous person who’s an open advocate for hearing aids:  Adam Savage of “Mythbusters.” Outside of “A Quiet Place,” I’ve never seen a young character wearing a hearing device in a movie or TV show. It’s always an old fogy, and their hearing loss almost always serves as comic relief. Well, you lose part of your hearing and see how goddamn funny it is.

3. Make the whole hearing aid process affordable. Most glasses come with a free eye exam. That’s because an entire mercantile infrastructure has been built around the process. You go to any strip mall, and there’s a soup-to-nuts eyeglasses retailer there to get you checked out and fitted with the right lenses. In theory, the FDA’s ruling would allow for a similar infrastructure to be built around hearing aids. But that could take decades to build in an economy where the market spits in the face of long-term plans.

This ruling incentivizes retailers to advertise cheap hearing aids and sell them in mass quantities without worrying if you actually use them or not. As Shira Ovide wrote in the  New York Times this month, there’s a chance that letting brands like Apple into the game can help make hearing aids cooler, but I’m worried that’ll come at the expense of people using them as slightly pricier earbuds and not for their true, and more vital, purpose.

4. Get your hearing checked. Many people don’t even know they have hearing loss. I myself didn’t even realize I had lost a good amount of my hearing permanently until after I had spent more than a month inside a  hospital. No one around you is speaking up enough. The volume on the TV is too soft. The kids are making such a racket that you can’t hear what they’re saying. It’s easy to ascribe all of this to the world being mean to your perfectly functional ears. I know that’s how I viewed it.

I was wrong, and it wasn’t until I got that vital exam that I realized both the extent of the damage and the path to correcting it. You shouldn’t have to wait as long as I did. You certainly shouldn’t need to suffer a massive head injury, as I did, to clue you in that something is amiss. Take stock of your ears. Care about them. And then, have a professional look at them. The FDA is hailing it as a breakthrough that such professionals may no longer be necessary. I promise you: It’s the opposite.